Nickelodeon is a TV channel that aired the Barbie film series for fifteen years, from 2002 to 2017. Mattel's president, Richard Dickson, called Nickelodeon "the on-air home" for Barbie movies.[1]

The following movies aired on Nickelodeon before they were even released on DVD: Fairytopia, The Magic of Pegasus, Mermaidia, The Barbie Diaries, The 12 Dancing Princesses, Magic of the Rainbow, and The Diamond Castle.[4]

In 2017, Barbie Video Game Hero was the last movie to air on Nickelodeon. Afterward, the Barbie movies moved to Netflix instead. 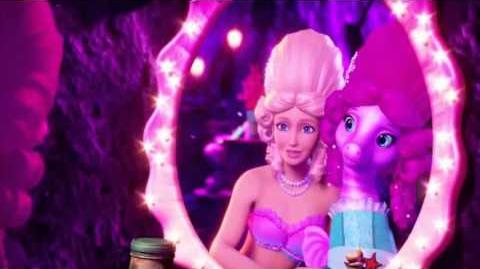