Merfairies is a type of creature in the Barbie: Fairytopia series. They're hybrids of fairies and mermaids.

As the merfairies are hybrids, they resemble fairies from the waist up and mermaids from the waist down. However, some of them are smaller than others. The Sea Butterfly is a merfairy who is bigger than the trio Elina met.

It is speculated that merfairies possesses abilities of both fairies and mermaids. 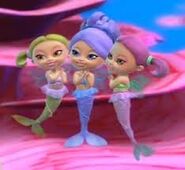 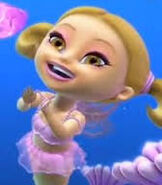 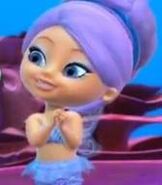 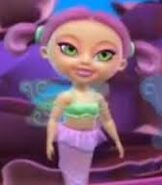 Pink Merfairy.
Add a photo to this gallery
Retrieved from "https://barbiemovies.fandom.com/wiki/Merfairy?oldid=140063"
Community content is available under CC-BY-SA unless otherwise noted.