Barbie Movies Wiki
Register
Don't have an account?
Sign In
Advertisement
in: Barbie in the Pink Shoes, Shorts, Technicolor 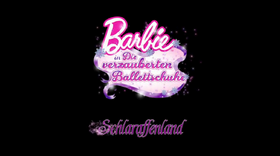 Kristyn and Hannah were training at the ballet studio. Hannah doesn't feel brave enough to perform her dance. Kristyn realizes this and stops dancing. She give her the pink shoes, but only child-sized, and suddenly, they're transported into a candy-village.

The pair are in the carriage with Prince Siegfried, and they're both wearing a beautiful pink tutus. During the journey, the snowflake fairies dance around them, and they're having fun. When they've arrived, they gives applause for the snowflake fairies. Hannah sees the Nutcracker and he says hello to her, and then he ask them to sit in the chairs.

The dog tried to approach some of the flowers, but that he ran away after the flower shimmering glitter fell out of the flower. And suddenly there's Tara, with red tutu, that dances on an ice stage. Siegfried asks her for a dance, and she agrees. They dance together, meanwhile Kristyn, Hannah, the dog, and the Nutcracker watch them. After that, Siegfried ask Kristyn for join him in a dance, and she agrees. Kristyn, Siegfried, and Tara dance together. Hannah and the  Nutcracker clap for them.

The Nutcracker gives Hannah a pink crown. Kristyn ask Hannah to dance with her. They dance and dance, and suddenly the shining pink light is appeared and they're return magically back in the stage, and everyone claps for them. Hannah is very happy because now she doesn't have to worry again and can perform her ballet dance. 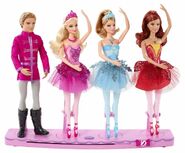 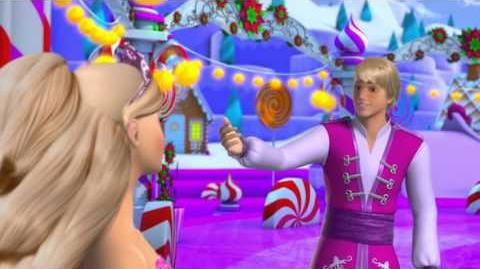