"Coolest Thing Ever" is a song in Barbie in Princess Power. It is the third track on the soundtrack. The soundtrack version does not include the second verse or second chorus.

"Coolest Thing Ever (Reprise)" is a song from Barbie in Princess Power. It is the fourth track on the soundtrack, and does not appear in the movie.

I know what you're thinking:
"A princess can't bring it
All fashion sense and blinging"
But soon you'll be singing

We're out saving the day
When you're with me, the world's a better place
Bam! Pow! Best friends!
Power Princess 'til the end! 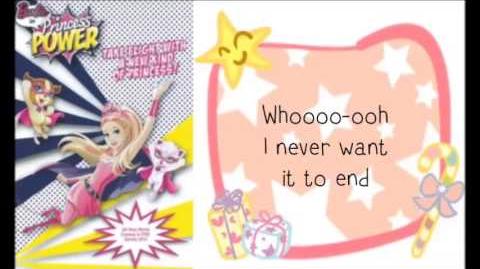 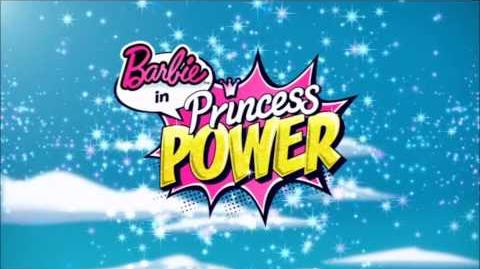 Barbie em Super Princesa Coolest Thing Ever (AUDIO)
Add a photo to this gallery
Retrieved from "https://barbiemovies.fandom.com/wiki/Coolest_Thing_Ever?oldid=130484"
Community content is available under CC-BY-SA unless otherwise noted.