Barbie in Rock 'N Royals is the 30th Barbie film and the 4th Barbie musical film released on Blu-ray, DVD, Digital HD, and UltraViolet on September 8, 2015 in the US and August 31, 2015 in the UK. The soundtrack was released in August on Amazon and is available now on iTunes.

"GET READY TO ROCK!

In this upbeat musical, Barbie™ stars as Princess Courtney, a modern princess whose world is turned upside down when she switches places with Erika, a famous rockstar. Two very different worlds collide when a mix-up sends Princess Courtney to Camp Pop and Erika, to Camp Royalty. While the leaders of the rival camps try to correct the mix-up, both Courtney and Erika learn to adjust to the different worlds and have fun while making new, unexpected friends. When the girls learn both camps are at risk of shutting down, they must embrace their differences, find their true voices, and come together for an epic sing-off that shows anything is possible when you dare to dream big!"

On an island, there are two summer camps: Camp Royalty, for young royals; and Camp Pop, for young musicians. Princess Courtney accidentally goes to Camp Pop, and Erika Juno, a famous rock star, goes to Camp Royalty. Erika is heard singing by Lady Anne, the headmistress of Camp Royalty, and Lady Anne proposes a sing-off between the two camps to the head of Camp Pop, Finn Oxford. The losing camp would close for good, and the winning camp would gain their property. The judges for the sing-off were rock legend Allegra James, Prince Reginald of Thistlebrook, and Svetlana Petranova of Camp Arabesque.

Erika told Princess Courtney and the other campers that they could lose one camp, which made campers from both camps decide to perform together instead of competing. Allegra and Prince Reginald abstained from voting because of the change of circumstances, so Svetlana chose Camp Royalty as the winner. However, Finn and Lady Anne overrule the decision, having decided that rock and royalty can mix rather than oppose each other. They planned to merge the camp the following summer, and Erika and Princess Courtney formed a band with their friends called Rock 'n Royals.

Barbie partnered with Little Mix and Nickelodeon on a "Raise Your Voice" campagin from September 1st, 2015, to October 18th, 2015. It included TV promotion and online advertisements featuring Little Mix, and the "Raise Your Voice" singing competition. The singing competition marked the launch of the Barbie: Rock 'n Royals DVD and toy range. The winner was selected by Little Mix and got to meet the band. Brand activation director at Mattel, Wendy Hill, said of the competition: "Barbie has always fuelled imagination, inspired creativity and encouraged self-expression and we are delighted to be working with Little Mix who are such an inspiration to girls in how they have found their voices through music."[1]

The official description for the singing competition was: "Barbie have enlisted the help of Little Mix to get you singing, and together we want you to raise your voice! Check out Barbie’s ‘Raise Our Voices’ track on the Win page and then show us your vocal skills by singing and recording your own version. Upload it, and if Little Mix judge your video to be the loudest and proudest you’ll get to meet the girls! You’ll also get Little Mix concert tickets for you and your best friend and loads of cool Barbie goodies![2]

"Think your vocals can wow Perrie, Jesy, Leigh-Anne, and Jade? This is your once-in-a-lifetime chance to meet the girls! Watch the Barbie 'Raise Our Voices' music video, check out the Little Mix tips videos for inspiration, and then give it your all! Record and upload your singing video right here and you could be on your way to hang with the band."[3] 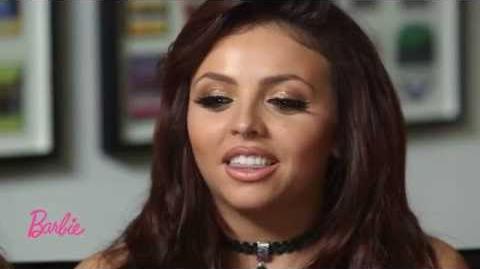 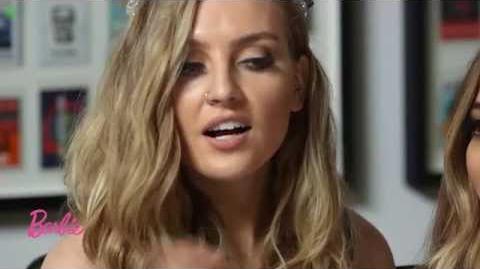 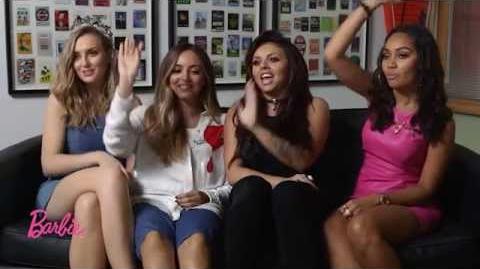 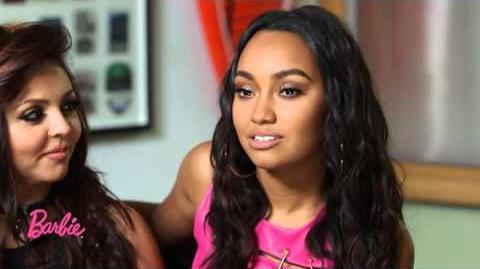 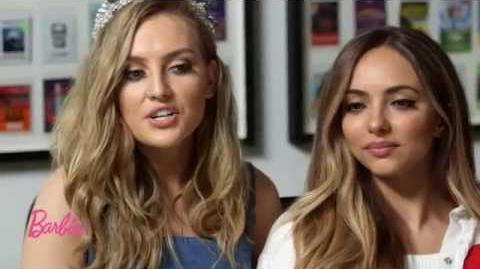 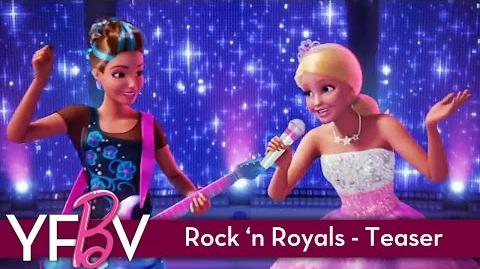 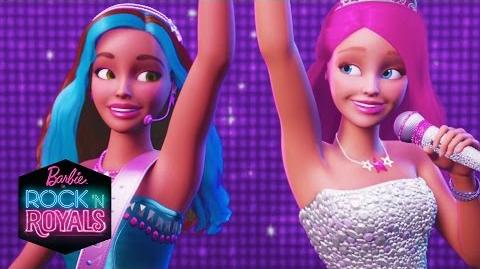 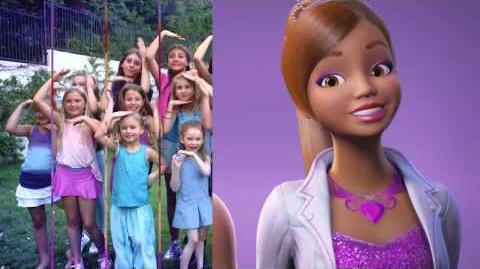 Rock 'N Royals "What If I Shine" Music Video 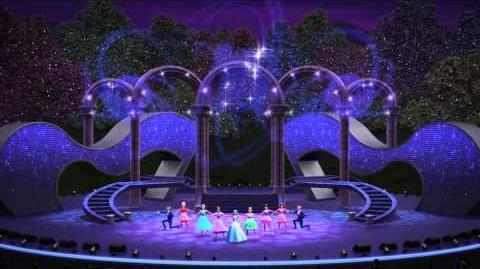 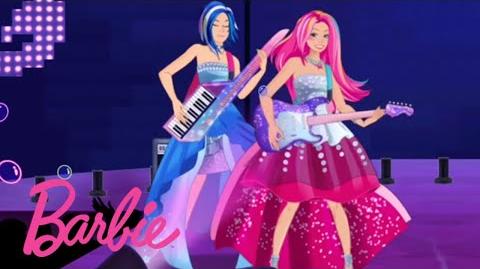 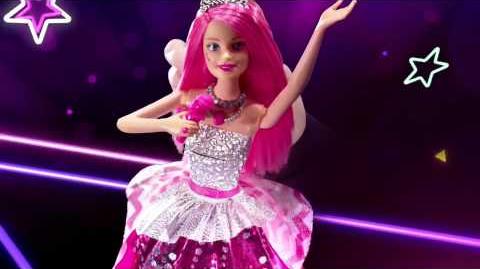 Similarities with Barbie The Princess & the Popstar

References to Other Movies

Courtney hold the microphone with her left hand.

The microphone now is in her right hand, a few times after Erika and Camp Royalty students were come into the stage.
Add a photo to this gallery

Retrieved from "https://barbiemovies.fandom.com/wiki/Barbie_in_Rock_%27N_Royals?oldid=140594"
Community content is available under CC-BY-SA unless otherwise noted.