Barbie in Princess Power is the 29th Barbie movie. It was released to DVD on March 4, 2015, and it made its TV premiere on Nickelodeon on May 31, 2015.[1] The film follows Princess Kara of Windemere, who, after being kissed by a magical butterfly, is imbued with super powers and begins saving people under the alias "Super Sparkle." Kara's jealous cousin Princess Corinne is kissed by the same butterfly and starts competing with Kara as "Dark Sparkle," but when they discover a plot to seize the kingdom, the two must work together to save it.

"GET READY TO SOAR!
Barbie stars as Kara, a modern-day princess with an everyday life. One day, after being kissed by a magical butterfly, Kara soon discovers she has amazing super powers allowing her to transform into Super Sparkle, her secret, crime-fighting alter ego who flies around the kingdom ready to save the day! But it's not long before her jealous cousin catches the butterfly and also transforms - this time into Dark Sparkle, her nemesis. Their rivalry takes to the skies, but when they discover the kingdom's true enemy, can they put aside their differences to form one super team? Soar to new heights and discover that there's no greater power than the power of friendship!"

When she finds the perfect spot in Windemere for her community garden project, Princess Kara gets into an accident while using a flying machine created by her friends, Madison and Makayla. Kara's protective parents warn her that the kingdom is more dangerous than she realizes, a sentiment shared by their advisor, Baron von Ravendale. The Baron is considered their most wise and insightful advisor, so the King and queen trust him, but secretly he wants to take over the kingdom. He first aims to create an elixir to give him superpowers, which will help him achieve his goal. But his pet frog Bruce accidentally knocks the elixir over, where it pours down a drain and spills on a caterpillar, which glows. The caterpillar climbs on a tree and creates a cocoon from which it emerges as a sparkly butterfly.

The Baron makes his frog Bruce track down ingredients for the potion while he does his usual activities. Kara herself gains superpowers when she is kissed by a magical butterfly. She discovers her powers the next day, and she tells Madison and Makayla about it. Kara finds out that she can fly, has super strength, improved agility, and realizes that it was the butterfly who gave her powers. Madison and Makayla tell Kara she can only use her powers to help others, not for personal gain.

While Kara would like to start her community garden project, she knows her parents would disprove of it, so she assumes a superheroine alter-ego named Super Sparkle, and her friends design her a costume. Super Sparkle rescues her cousin Corinne, a construction worker, and reporter Wes Rivers from being hurt at a construction site. She then realizes that she forget about a royal reception and rushes back. The Baron sees Super Sparke in action and wonders how she got her powers but focuses on getting the remaining ingredients that he needs.

Back in her bedroom, Kara tells Madison and Makayla that she could rescue people and capture criminals with her powers. They reveal that they have created a secret base to help her find emergencies. Kara prevents a robbery, and the Baron finds the last ingredient for the elixir. Kara's sisters Zooey and Gabby tell her that they would like to meet Super Sparkle and suggest inviting her to Kara's birthday party next week. Kara saves someone from a fire and takes a photo with Wes, who has done a lot of reporting on her since she began being a superheroine.

On her birthday, Kara sees that she has many fansites and a tribute music video. At the party, Kara's cousin Corinne says she thinks Super Sparkle is overrated, but the King and queen express gratitude towards Super Sparkle helping people in the kingdom. Kara leaves to stop another robbery, and Madison and Makayla distract her parents until she gets back. Without realizing it, Kara drops her ring, which Madison and Makayla created to have superhero tools.

Corinne sees Super Sparkle change back to Kara, making her the only person besides Madison and Makayla to know Super Sparkle's real identity. She overhears them say that the butterfly gave Kara powers, so Corinne tracks the butterfly down and receives a kiss. She gets superpowers and creates a superheroine alter-ego named Dark Sparkle. Wes finds Kara's ring, and the Baron finds his last ingredient. Super Sparkle and Dark Sparkle meet and become rivals.

Wes sees photos of Kara and Super Sparkle wearing the same ring, so he exposes her identity on his blog. Her parents forbid her from acting as Super Sparkle, and the Baron doubles the ingredients to intensify his potion's powers. He says to Bruce that he will rid the realm of its King and put an end to Super Sparkle and Dark Sparkle. He drinks the elixir, finally gets superpowers, and tries to attack the King. Corinne uses her powers to save him, so her family finds out she is Dark Sparkle.

Kara's pets, Parker and Newton, try to help stop the Baron and find the butterfly, so they get superpowers too. The Baron tries to attack Kara's family at a stronghold they are in for protection, but it can withstand any assault. He goes to Mount Dormant, a volcano, and causes lava to flow towards Windemere. Dark Sparkle helps Super Sparkle to divert the lava to a lake. Parker and Newton help Dark Sparkle and Super Sparkle stop Bruce and the Baron and imprison them in the stronghold. Kara and Corinne decide to work together to make Windemere a better place, and Kara begins her community garden. 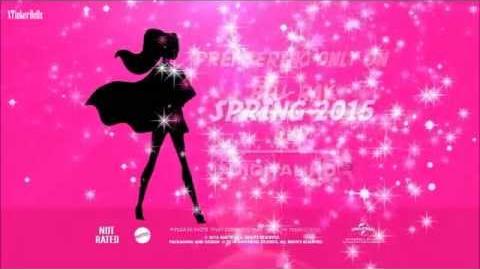 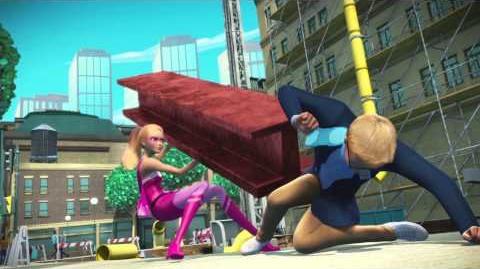 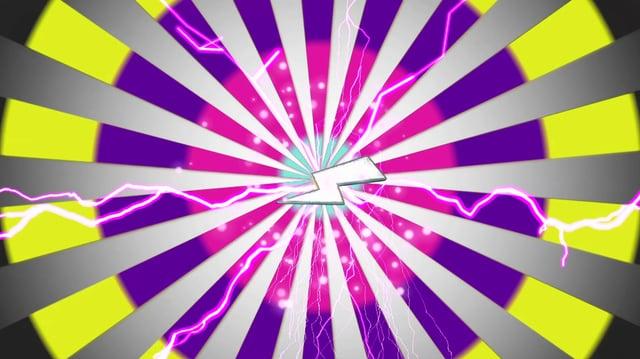