Barbie as The Island Princess is the 11th CGI film released on September 18, 2007 worldwide and on October 2, 2007 in the USA. The film follows the plot of Ro, a girl who grew up on an island, only inhabited by animals before being found by other humans and taken to civilization.

"It's time to set sail with Barbie as The Island Princess in this full-length, original musical featuring nine fantastic new songs. After being shipwrecked on an island as a little girl, Rosella (Barbie) grows up learning to talk and sing with a family of loving animals: the red panda Sagi, the peacock Azul, and the baby elephant Tika.

But when Prince Antonio discovers their tropical paradise, curiosity about her past leads Rosella to journey with the prince to his castle. As she and her animal friends explore civilization, they uncover an evil plot to take over the kingdom! Through its heartwarming ending, Barbie as The Island Princess shows that when love guides you, miracles may be closer than you know."

After a storm, a 6-year-old girl is shipwrecked onto an island. Her only possessions left are a trunk with clothes and accessories, a flag with a white rose on it, and a broken nameplate only saying "Ro." She is found washed up on shore by a wise red panda named Sagi and a pompous but good-hearted peacock named Azul. The girl is raised by these two animals and called "Ro" since the broken nameplate is the only indication of her name. Ro learns how to talk to animals as she grows up, but she lost her memory since being shipwrecked.

The film skips to ten years later, when Tika, a baby elephant, has joined Ro's animal family. Ro goes exploring with her animal friends daily, and at night she sings a lullaby to Tika, one she has always known but can't remember where she learned it. Their world changes when an adventurous prince named Antonio and his friend Frazer discover the island. Sagi, Azul and Tika are afraid of the newcomers, but Ro is curious as she has never seen another human before. Antonio and Frazer slip while exploring and fall into a dark pond inhabited by three crocodiles. The crocodiles approach the men with the intent to eat them, but Ro appears, telling the crocodiles to leave the men alone, and they oblige.

Ro introduces herself to Antonio and tells him she doesn't remember anything about her life before the island. Antonio believes she may have been shipwrecked. Ro then introduces her animal friends, and Antonio and Frazer finally tell her their names. Antonio asks Ro to come back to his kingdom, Apollonia. Ro is unsure, but decides to go, if per chance she could find her family. Ro and the animals leave on Antonio's ship, and during the voyage, Antonio and Ro develop a serious attraction.

Ro meets Antonio's family when they arrive in Apollonia: his parents, King Peter and Queen Danielle and his younger sisters, Rita, Gina, and Sofia. The sisters love Ro, Tika, Azul, and Sagi, but the King and Queen instantly disapprove. They think that Ro is too uncivilized, but Ro does make quick friends with the queen's pet monkey, Tallulah.

King Peter and Queen Danielle want Antonio to marry someone with royalty and help rule the kingdom. A queen from a neighboring kingdom, Queen Ariana, wants her daughter Princess Luciana to marry Antonio, even though Luciana doesn't love him, and later becomes friends with Ro. However, Ariana is determined to keep Ro and Antonio, whose feelings for each other are growing, away from each other; in fact, she wants to kill Antonio's family and take over Apollonia. Her plan is revenge for her parents who were banished from the kingdom and made into pig farmers for attempting to murder the King and Queen years before.

Ro tried to impress to impress the king and queen, but Ariana ruins everything. Ro feels that she no more belongs in Apollonia and that she should return to her island, but her love for Antonio and the mystery about her background and unknown family convinced her to stay. However, Antonio and Luciana are to have an engagement party. Even so, Tallulah, Tika, Sagi, and Azul make Ro a beautiful gown to wear, making her the belle of the ball. At the ball, Ro and Antonio dance together and he declares his love for her, but Ro leaves after reminding him about his pledged marriage to Luciana.

Antonio writes a note to Ro that he wants to sail away with her, but Tika wants Ro to herself and hides the notes. Meanwhile, Ariana makes her three rats poison the animals in the kingdom with "sunset herb", a sleeping herb, so she can blame it all on Ro. Ro is blamed and she and her animal friends are imprisoned. Azul accidentally eats some of the sunset herb while in prison and falls asleep. Furious, Antonio asks for Ro to be freed, but he'll only free Ro on one condition- if Antonio marries Luciana, to which he reluctantly agreed.

Ro is freed, but gets banished from Apollonia as well. During the journey, Tika tells Ro about Antonio's romantic note which she hid, but Ro, singing Always More l, forgives her. However, the group are in trouble because Ariana paid one of the crew members to sabotage their boat. Ro nearly drowns and while Sagi calls her, she recalls a man calling her "Rosella" in a similar situation when she was little. Tika nearly drowns too, but Ro calls for dolphins to help everyone. Back in Apollonia, the wedding has begun. Ariana puts more sunset herb in the wedding cake with Tiny, the bird who she recovered after she hit a part of the ship she was in, witnessing it. On touchdown, Ro returns to the royal greenhouse so she can make the tonic. Sagi takes some of the tonic to Tallulah, who was poisoned, when the group are caught by guards and Tika interrupts the wedding. One of the guards starts taking Ro to the dungeons again, but Prince Antonio stops him.

Antonio is happy to see Ro again, but King Peter demands she be imprisoned again, only to be nullified by his son who reminded him of their agreed deal. Ro tries to explain, but Tallulah is the real evidence that her tonic will work, as she is awake again. Ro tells everyone about Ariana's plans, but Ariana denies the claims, until Antonio tells her to eat some cake; she can't because she put sunset herb in it and Luciana confirms this by Ariana warning her earlier not to eat any food and that she poisoned it, causing Ariana's rats to faint. Ariana runs away, pushing both Antonio and Rosella, but is stopped by Ro and Tika; she falls into a pig pen, reflecting how her parents were made into pig farmers. Then she is banished, but Luciana is free to stay.

King Peter apologizes to Ro and Antonio and gives them his blessing to get married. Ro tells everyone her real name is Rosella and Queen Marissa from Paladia approaches her, telling her she had a daughter named Rosella. They sing together a lullaby from when Rosella was a little girl and they realize that Queen Marissa is Rosella's mother, and that Ro is a princess. And now, Princess Rosella and Prince Antonio are married and Princess Luciana comes to their wedding, where she meets a Prince. When the newly-wed royal couple go for their honeymoon on Ro's Island, they take Sagi, Azul, Tika, and Tallulah with them.

Other characters include Matt and Pearl. 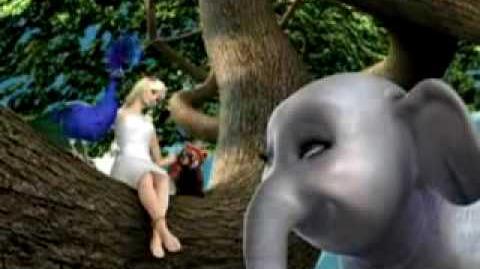 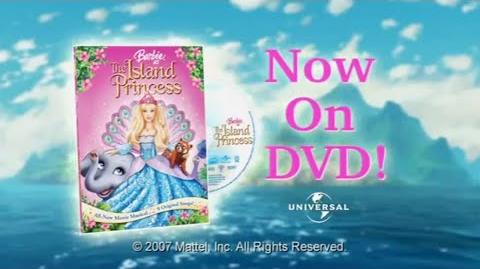 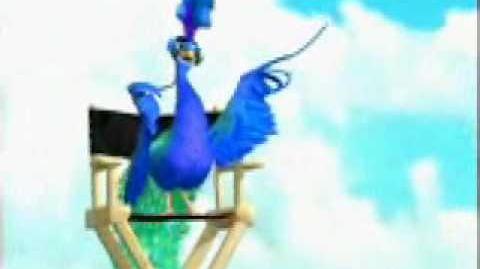 Retrieved from "https://barbiemovies.fandom.com/wiki/Barbie_as_The_Island_Princess?oldid=138747"
Community content is available under CC-BY-SA unless otherwise noted.