Barbie in A Christmas Carol

Barbie Presents Thumbelina is the 15th Barbie movie. It was released on March 17, 2009. The film is a modern retelling of the fairy tale Thumbelina by Hans Christian Andersen. The film centers around Thumbelina, a Twillerbee who lives in a patch of wildflowers, in harmony with nature.

"Meet a tiny girl named Thumbelina who lives in harmony with nature in the magical world of the Twillerbees that's hidden among the wildflowers. At the whim of a spoiled young girl named Makena, Thumbelina and her two friends have their patch of wildflowers uprooted and are transported to a lavish apartment in the city. Here they learn of construction plans that threaten to destroy the land of the Twillerbees! Harnessing the magic of nature, Thumbelina sets out to prove that even the smallest person can make a big difference..."

The story opens with Barbie and some kindergarten students walking in a big meadow, ready to plant trees. Emma, one of the children, finds a small tree and decides to plant it, but her friends laugh at her. It makes Emma sad, but Barbie cheers her up by telling her that a small tree can grow into a very big tree. Then Barbie tells the children about Thumbelina.

Thumbelina is one of the Twillerbees. Twillerbees have the ability to make plants grow faster (and as revealed later on, they can grow plants out of nowhere, as well). Thumbelina is excited when there will be Twillerbabies. She creates fake wings for herself and for her two friends, Janessa and Chrysella. They will use the wings to see the Twillerbuds bloom to be Twillerbabies. When they try the wings, suddenly, many tractors come to their field. Hiding in the flowers, the trio are trapped. They are brought into an apartment they never knew before.

The apartment belongs to the parents of a spoiled, wealthy girl, named Makena. The flower bed is placed in Makena's bedroom. As Thumbelina, Chrysella, and Janessa search for a way to go back to their field, Makena's dog Poofles runs after them. Makena comes into the bedroom while the trio hides. Makena talks to her friend Violet from a cellular phone about her parents who will build a factory on the Twillerbees' field.

An upset Thumbelina scolds Makena, who is surprised, yet happy to find an interesting thing to be demonstrated to Violet. She always competes against Violet. The three Twillerbees try to escape from Makena and Poofles.

Finally, Thumbelina sends Chrysella and Janessa home. They will disturb the work in the field while Thumbelina will talk to Makena. Thumbelina makes Makena promise not to tell anyone about her, and Makena must persuade her parents to stop building the factory. Thumbelina will make special things for Makena in return.

Makena goes to the field and asks for Thumbelina's forgiveness. She also wants to save the field desperately and earnestly. Thumbelina, forgiving her, shows Makena the other Twillerbees and the Twillerbuds.

That night, Makena, Thumbelina, Janessa, Chrysella, Poofles, and Lola the bird works hard in the green house to grow the plants. The next day, Makena asks her parents to stop the building, and Thumbelina shows herself. Thumbelina explains to them about the Twillerbuds that will bloom soon. Evan and Vanessa, Makena's parents, are convinced and try to stop Myron, the contractor, from destroying the field.

With the help of birds and other Twillerbees, Myron's workers run away, thinking that the field is haunted, But Myron is angry and determined to finish his work as he hates flowers. Ultimately, Makena and Thumbelina arrive, and they stop Myron. Immediately, Evan and Vanessa arrive at the field to have the factory project shut down. A team of birds chases Myron away, and Makena and her family see the Twillerbuds bloom. To prevent others from building factories in the field, they turn the field into a Reserved Park.

At the end of the story, it shows that Barbie and the children are in Makena's Reserved Park. Barbie says that even the smallest person can make a big difference. Makena is small compared to the adults. And so are the children.

The strange thing in the story is that Thumbelina, Janessa, and Chrysella, who are in the story, suddenly appear, sitting in the tree. Barbie waves her hand at them. The trio then uses their Twillerbee magic to make Emma's tree grow, meaning the story was true after all.

These Extra features are titled "Twillerbee Fun" on the DVD. 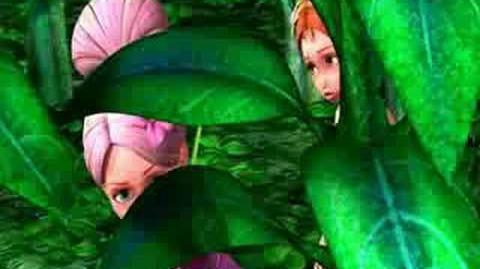 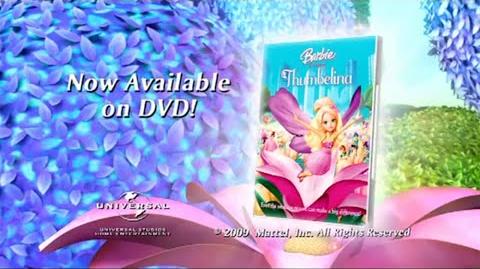