Barbie The Princess & The Popstar

Barbie The Princess & the Popstar is the 23rd Barbie movie. It was released on September 13, 2012. Barbie plays a princess named Tori and a popstar named Keira, who magically switch places before realizing it is best to be themselves.

"In this sparkling musical adventure with fantastic songs, Barbie stars as Tori, the kind-hearted princess of the magical kingdom of Meribella, who would rather sing and dance than perform her royal duties. When she meets her favorite pop star Keira, the girls discover they have much in common including a magical secret that lets them look like one another and swap places. When the kingdom's magical secret is stolen, their true friendship is tested and they discover that the best thing you can be is yourself."

In summer, Meribella, a magical kingdom, was soon going to have its five hundredth anniversary. Princess Tori and her younger sisters Meredith and Trevi were very busy. They had to attend ceremonies and balls, and always be poised and proper. The princesses thought it was hard work. Whenever they had the chance, they would sneak away and play together. Before Meribella's five hundredth anniversary, the princesses had to greet royal visitors, who came to Meribella for the occasion. Tori wished she could have an exciting, music-filled life like her favorite popstar, Keira. She wished she could watch Keira perform in an amphitheatre near her palace.

Keira, a world famous singer-songwriter, was on the guest list and was going to perform at the festival for the Meribella's five hundredth anniversary. Keira enjoyed touring, greeting fans and having extravagant, spectacular concerts. However, it left her with no time to do what she was passionate about: writing songs. Keira thought being a princess would be carefree.

The next day, members of the royal court were invited to the palace in Meribella to meet the royal family. Duchess Amelia, Tori's aunt, told off Tori for watching Keira's nearby concert when she was supposed to be greeting guests. Tori had to go back to the guests, so she used a magic hairbrush to style her hair before leaving.

When Keira went to the palace for the festival, she met Tori. They became great friends instantly, and so did their pet dogs Vanessa and Riff. Tori gave Keira a tour of the palace and so they began joking about trading places. Keira showed her magic microphone, that her aunt had given her, to Tori. It transformed her outfit into a royal gown. Tori used her magic hairbrush, so she used it to transform her hair into a different hairstyle. They realised that they looked just like each other.

Tori and Keira stayed disguised as each other while Tori carried on giving Keira a tour of her palace. They entered the secret garden, where fairies tended to the plants. There were gardenia flowers made out of diamonds, which were called Diamond Gardenias. Tori told Keira that the Diamond Gardenia roots spread through the entire kingdom. Without it, Meribella would wither and die. The Diamond Gardenia made the kingdom magical.

Later, Crider and Rupert, two evil men, uprooted the Diamond Gardenia. The fairies tried to stop them, but their efforts were in vain. Tori and Keira stop them, and they learn that it's important for them to be their own selves.

Other characters include the Queen.

The song "Here I Am/Princesses Just Want to Have Fun" plays on the Trailer Gallery menu. 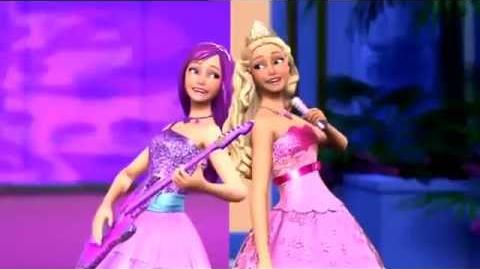 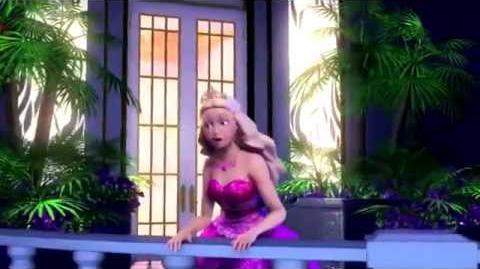 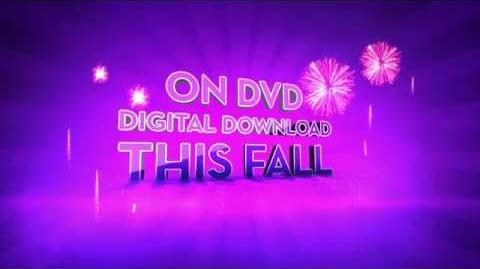 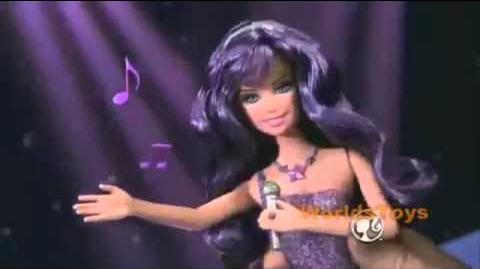 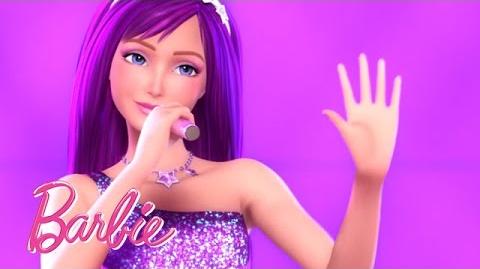 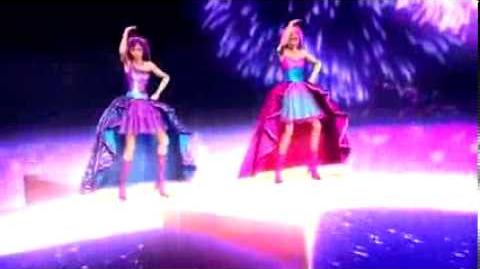 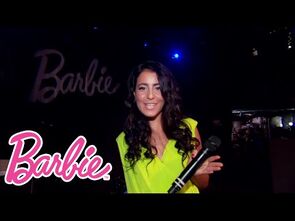 Similarities to Barbie as the Princess and the Pauper

No buttons on Keira's Tabet

Keira as Tori seems to be wearing boots

Retrieved from "https://barbiemovies.fandom.com/wiki/Barbie:_The_Princess_%26_The_Popstar?oldid=149638"
Community content is available under CC-BY-SA unless otherwise noted.