What's on your mind?

You know those styrofoams that come but TV boxes, stove, washing machine, etc..

When I was a kid, I only had Barbie dolls, but never houses, car and such things, So I took these styrofoams that had interesting shapes to make my barbies' house

It's been so long, I don't think I have any pictures of what my buildings looked like. They were so cute, I made sofas, beds, the flattest styrofoam I made the walls, AAA I miss them

My family worked in a sewing factory, so sometimes I took fabrics to make mattresses and sheets.

I was a happy child, poor, but happy :D

Hey everyone! I thought it would be cool if we talked about the times (not just limited to the films but also vlogs, etc.) where Barbie was unapologetic, aspirational, and also the times where she's not perfect and had character growth and learned!

Honestly I think this could be found in any of the films however which ones (or outside of the films) do you think showcased any of these well the most? 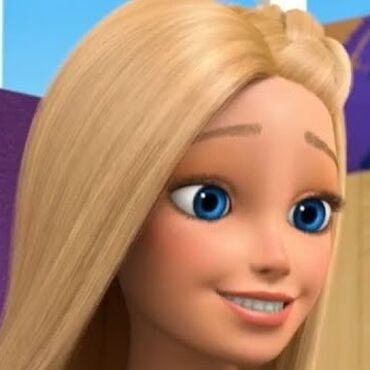 Yes, I love that show! 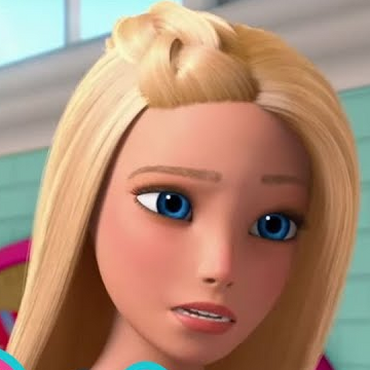 No, I want a new Barbie era

Barbie from Big City, Big Dreams is in another Barbie vlog and she's cooking with her dad. We get to see what his personality is like since he only appeared briefly in the movie.

He makes dad jokes just like Malibu's dad George! I bet they would get along lol imagine George and Brooklyn's dad singing "Before Us"...

I hope Brooklyn's mom appears in a vlog one day! I like seeing the other characters' families. I wish we could see Ken's parents too. What characters would you like to see?

Character names from Barbie movies that have been changed in other countries. Brazil ver;

In the cinematographic world it is common that in the dubbing of other countries some things end up being changed, including characters' names, in today's post I will mention some of these adaptations, but focus on Brazilian adaptations. 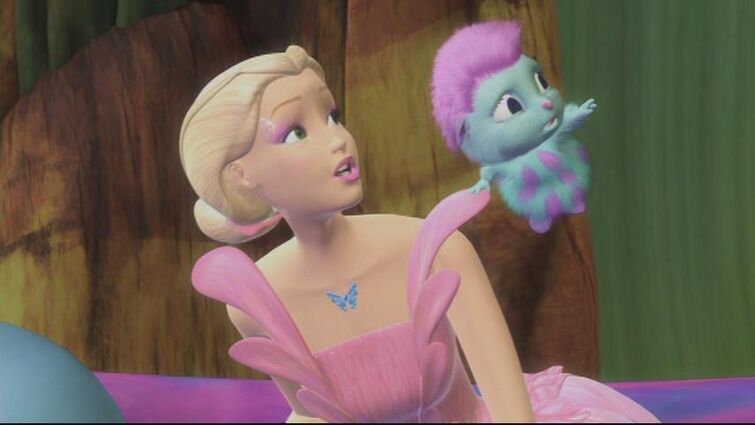 In Brazil, our dear Elina had her name changed to "Fada do Campo" which means "Field Fairy" or "Garden Fairy". It is not known for sure why this sudden name change occurred, but this is how Elina is known in Brazil, and many do not know her real name. 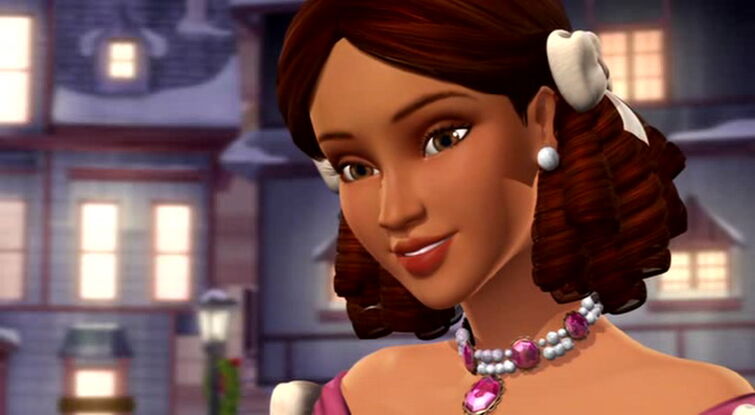 In Brazil, it was not his name that was changed, but her surname, Beadnell was replaced by "Brito", for being a more popular surname, and Beadnell would end up not captivating the public. How do you think that sounds? Catherine Brito! 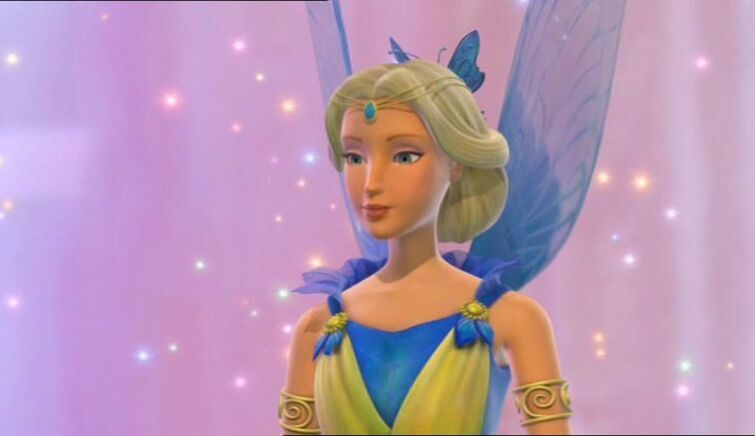 The sweet Enchantress had her name replaced by "Rainha das fadas" which means "Fairy Queen". The reason for the change is also not known for sure, but there is a theory that by translating her name, which would be "feiticeira" implying that she would be a witch, which would make the children confused, because how would the queen have that name when the villain is Laverna. 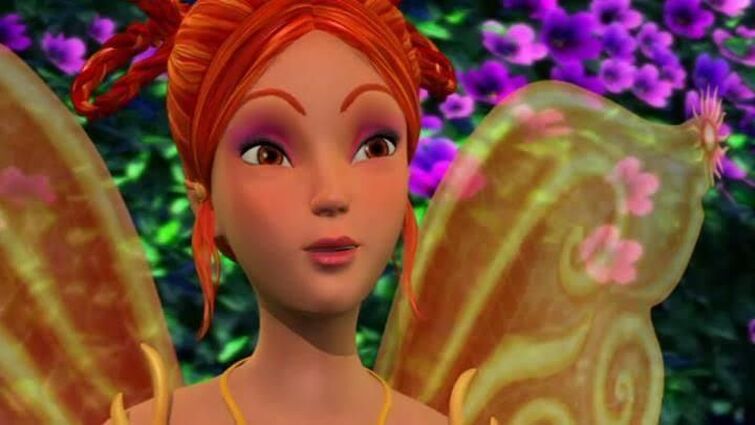 Another character from the fairytopia franchise with a changed name haha. Sunburst had its name changed to "Fada Solar" which means "Sun Fairy". The name change may have been due to the fact that Sunburst is difficult to pronounce, and its translation would be "Reluzente" that wouldn't sound good in portuguese either. 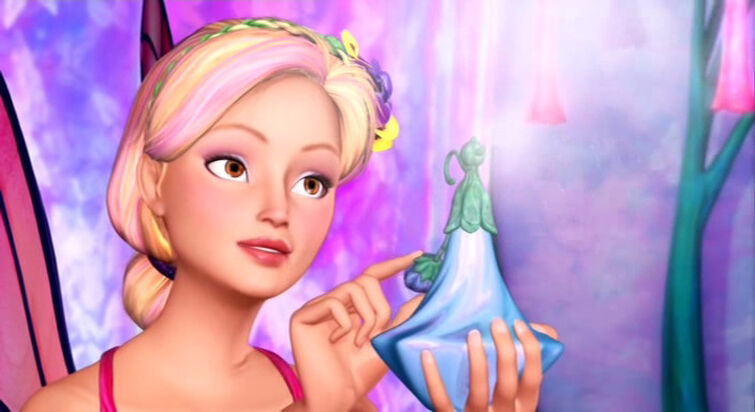 As we know Mariposa is a name of Spanish origin, which means butterfly, but in Brazil Mariposa was literally replaced by "Butterfly" Because in Brazil Mariposa means Moth, so they preferred to translate it into English which is more beautiful and the children associated her with a butterfly that is more beautiful than a moth. [extra information: when Prince Carlos calling her, he calls "Linda Butterfly" linda means beautiful, nobody knows the reason why, maybe for make it clear that he has a crush on Mariposa.] 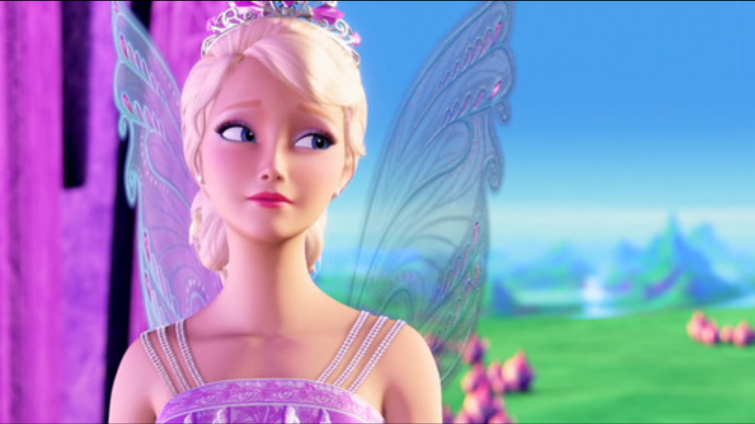 Catania is not a very common name in Brazil, so it was replaced by a similar and more common name, this name is "Catarina" this is a name of greek origin that means pure.

And these are the names of characters that were changed in the Brazilian adaptations, did you like this Fun fact? Check it on my Tumblr:

In Barbie as The Island Princess, Ariana stated her hatred towards Peter was because her family tried to assassinate him and Danielle and he punished their treasonous actions when he confiscated their lands and forced them to work at the Royal Stables (the "pig farm", as she called it). Ariana, however, was able to bury that past of hers and made herself out as if she was born into royalty years later (when she just married an elderly king who died days after they wed). When Ariana sang about all this, she claimed that all this happened when she was "just a tiny tot" (or baby). This would make her several years younger than Peter and Danielle, though they look as if they're the same age as her. So unless Peter was made king when he was quite young and was with Danielle by then (there have been kings and queens who were made rulers and had married quite early in life), how were Ariana's family able to assassinate the couple when she was very young without Peter and Danielle looking older than her?

Hey, i I made some Barbie tier lists, if you can log into the tier maker site and publish your rank, and comment here too, I would love it!

My rank of wings

My rank of mermaid tail

My rank of crowns and tiaras

My rank of Necklaces and choker

My profile on tier maker, where you can find all theses tier list and ranked top! 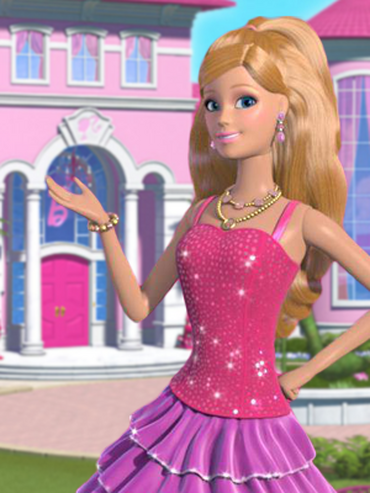 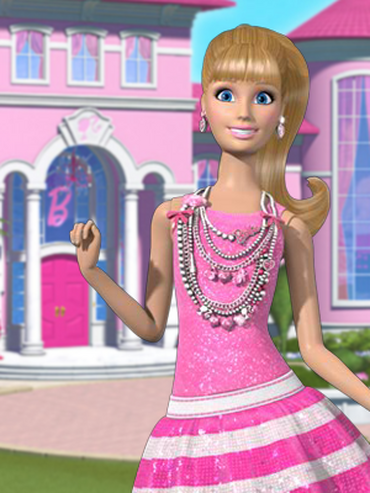 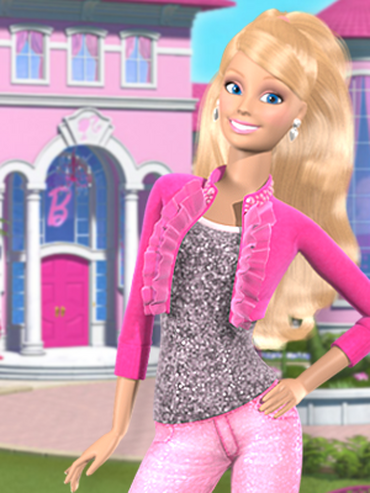 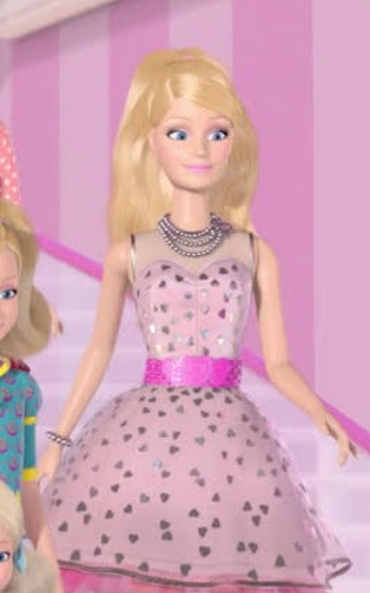 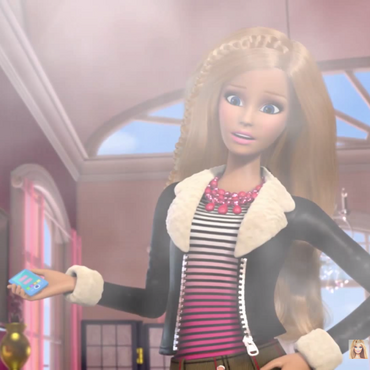 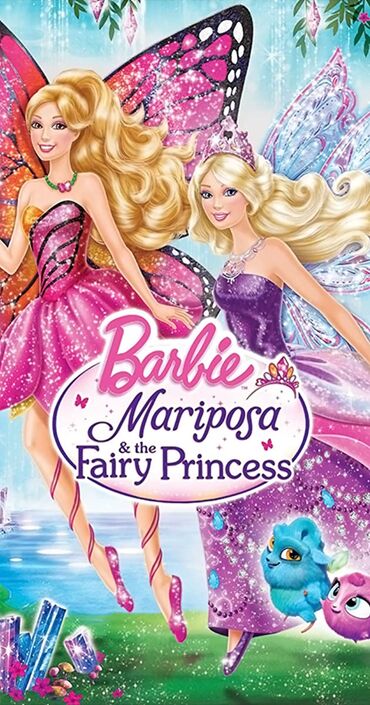 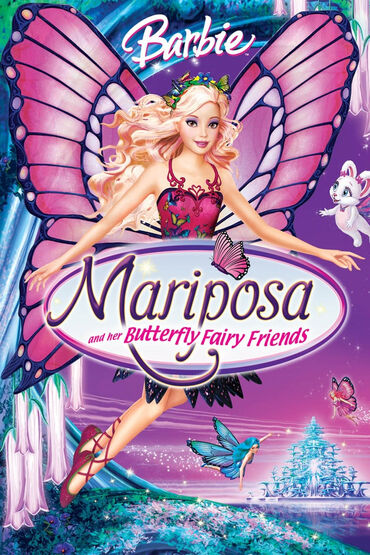 Is everyone staying up late?

Are you with family?

I’d love to know what you are doing for this night.

For me, I’m at my Grandma’s House with a very large chunk of my family and we are all dancing to our favorite songs. This might take a while (and I might lose my voice from cheering so much). We’re all just waiting for midnight to come.

I wish everybody an amazing year of 2022. May you all be happy, healthy, and successful!

I cosplay as Genevieve and here is a photo 😊 💕 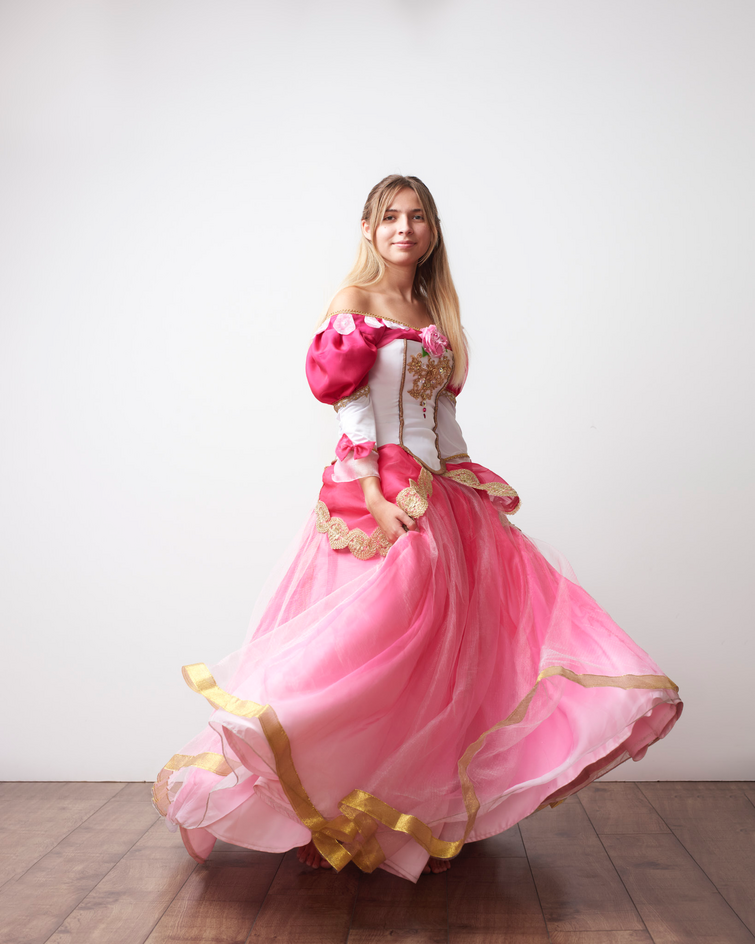 I made this edit and o posted on tiktok

A photo taken by me from the constellation Orion. 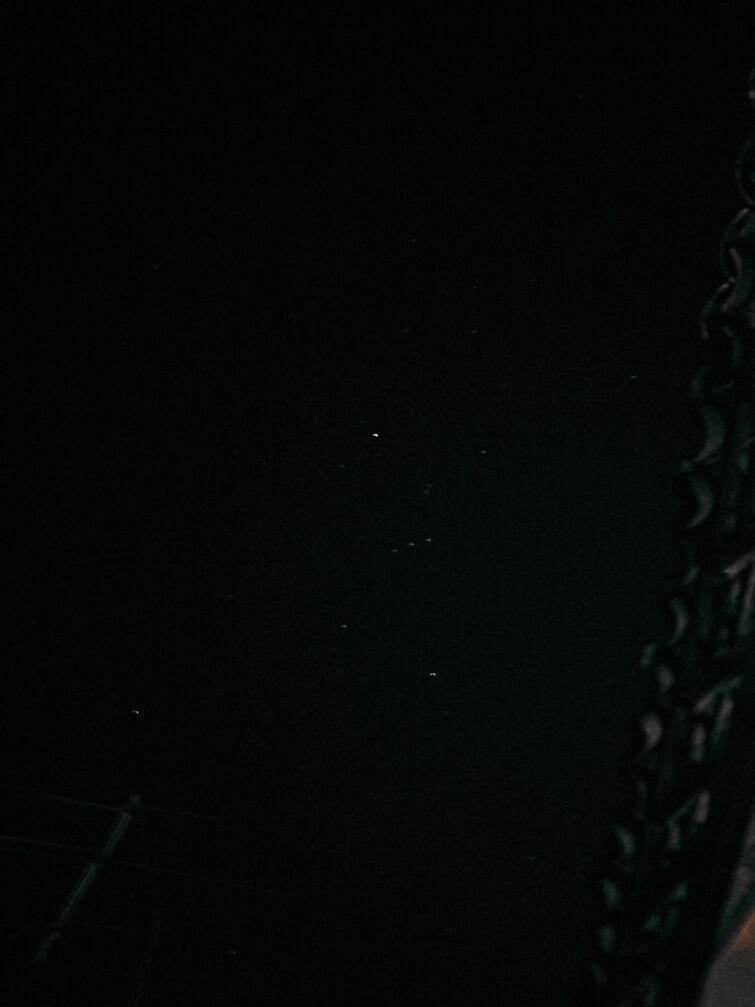 Check out this post of mine talking about the constellation:

Barbie Mariposa Constellation - A Fact! | FandomHello everyone! In this post I'll be talking…barbiemovies.fandom.com 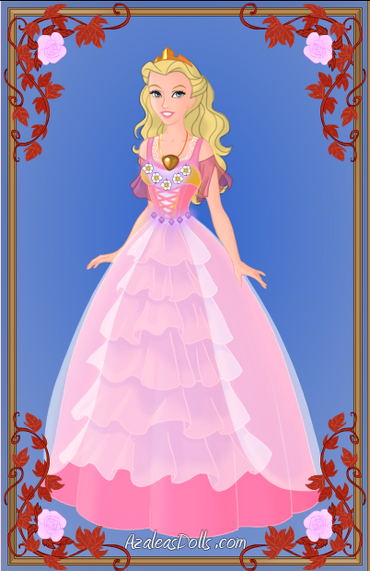 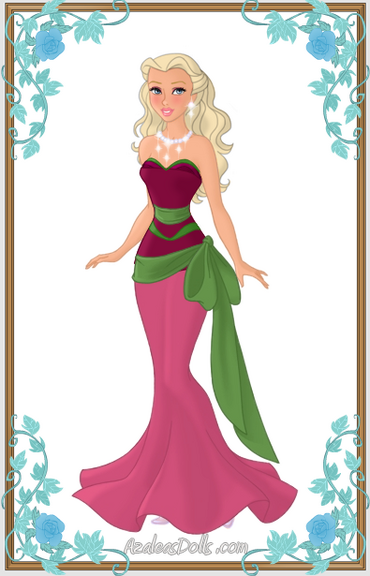 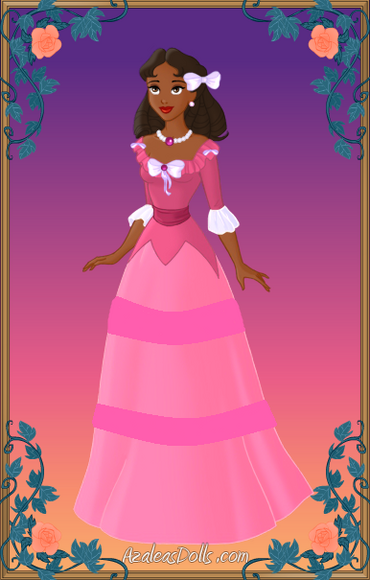 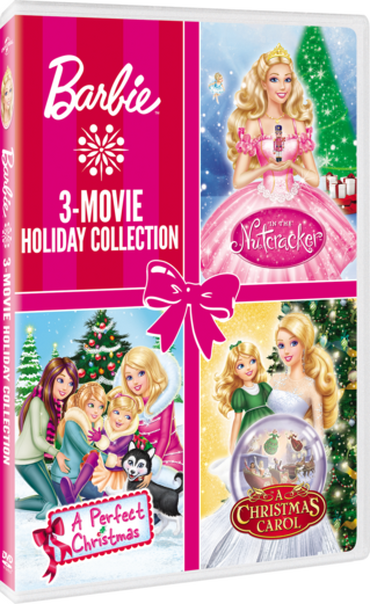 I'm new here but I love barbie! My favorite barbie movie is princess and the popstar

It's so nostalgic and I love Ashleigh ball who voices keira cause I am also the biggest mlp fan you will ever meet and she voices rainbow dash, and applejack there!

I'm asking about the girl who has hair like Daisy but is shorter and skinnier. She's to the right of Brooklyn. If she's from Big City Big Dreams I haven't seen it yet. 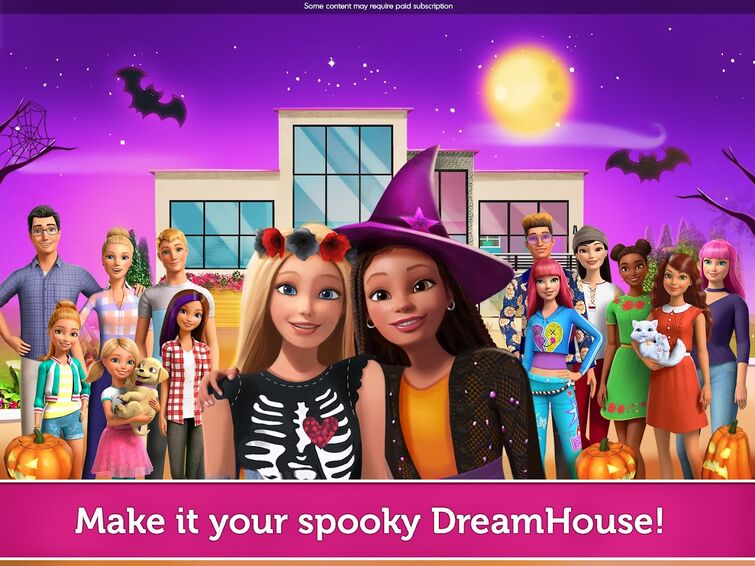 About the constellations and signs of Annika and Brietta in Barbie and the Magic of Pegasus. 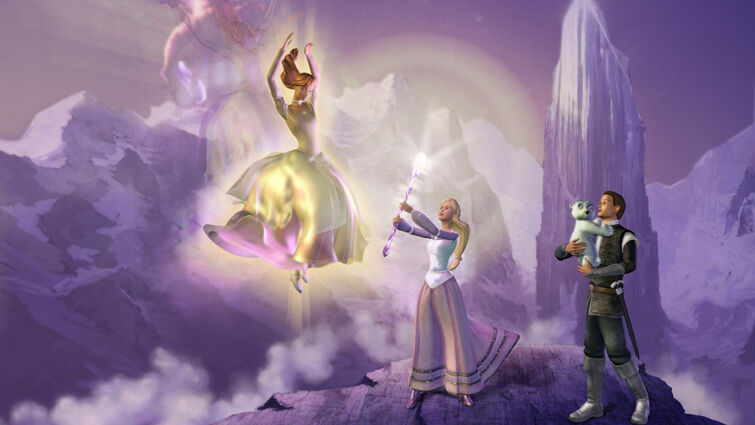 Hello my readers, how are you? In today's Fun Fact, I did quite a bit of extensive research to make sure. It's about The constellations of Annika and Brietta, your signs and possible birthdays.

As we see in the film, Annika's Birthday takes place in a winter period, in Netherlands winter is from December to February, but the film probably takes place in the beginning of winter.

In its crown are two constellations, The Corona Borealis/Austrina, and the Square of Pegasus constelation. These two constellations are not there by chance. As I said, Annika's birthday is in December, and some December dates have the constellation Corona Austrina as the guide constellation. Dates: December 6th or December 15th. Her sign would be Sagittarius, in addition to being the sign of the month, it suits her a lot thanks to her strong, direct and sarcastic personality.

The Pegasus square is part of the month of January, which could also indicate that Annika's birthday is in January, but the Pegasus is symbolic of Annika's kingdom, so this is more likely just represent your home. 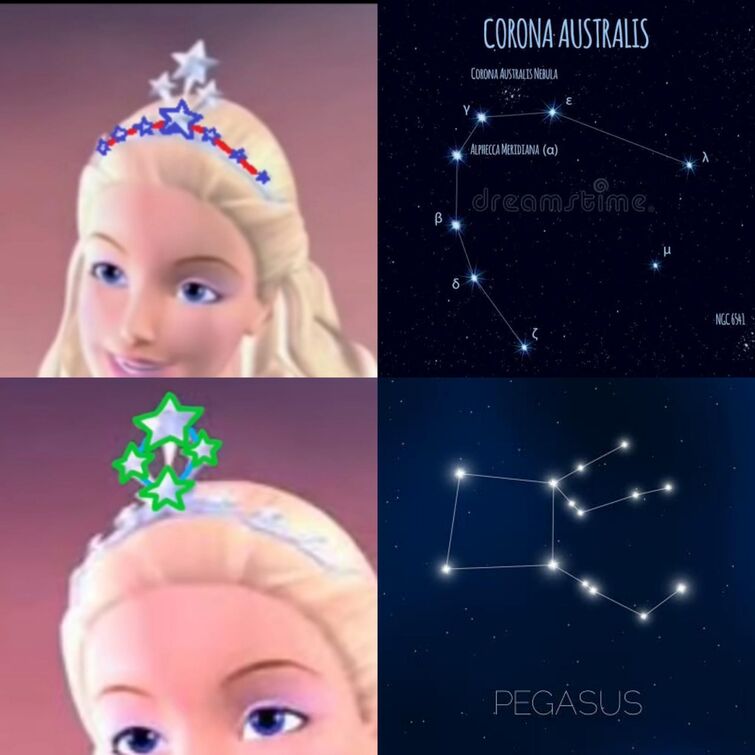 Brietta's birthday is months ahead of Annika's, whereas in the scene where she shows Brietta's birthday, it's normal sunny weather, and whereas Briett's crown constellation is the Crux, her birthday could be in August or September. Dates: 26th and 28th of August, 7th, 9th, 16th and 18th September. Her sign is probably virgo, which goes a lot with the insecure, reserved and sweet personality of Brietta.

You like it? So check it on my Tumblr:

I've been watching barbie as rapunzel and there are a few things i'm wondering.

If anyone knows the answers please tell me